An understanding of our History as Africans can be a tool in helping us deal with the crises of development and identity we face today.

In the Entire History Of Africa Anthology we will attempt to reflect on African History from the earliest days before the era of modern Man, Empires and Wars to the present day which has been described an â€˜Neo-Colonialâ€™.

At the end, we will reflect on our Continentâ€™s long journey, and the lessons that we can learn and apply today for our growth and development as a Continent.

The journey begins on the African Plains.

Africa: The Cradle Of Mankind

The earliest traces of a Human presence in Africa can be found in the discoveries made in Archaeology.

A significant contribution to the study of Human origins in Africa was made in the 1920s following the discovery of the remains of the Hominid Australopithecus by Raymond Dart.

The discovery suggested the presence of a distinct Bi-Pedal Hominid on the African Plains about 3 Million Years ago.

Their discoveries suggested the existence of a gradual evolution of Hominids on the African Plains, most notably, Austolopethicus, followed by Homo Erectus about 1.9 million years ago, and then to modern man, Homo Sapien who emerged approximately 40 000 years ago.

It was also established that Homo Sapiens had spread across the African Continent all the way to the African Savannah.

Furthermore, through Mitochondrial DNA analysis published in such works as â€˜The Journey Of Manâ€™, its been determined that the Hominids of the African plains are the common ancestors of all Human beings alive today, and its therefore clear that the origins of all humankind lie in Africa.

Early Life On The African Plains

Evidence of the life led by early man on the African Plains has been found in Archaeological remains such as Bone Fragments, Stone Tools and Rock Art.

It was a life of Hunting and Gathering in which Stone Tools would be forged and used.

Artistic expression was also evident during this period in the form of Rock Paintings which also served a kind of Historical Record of the life and culture of the life of early Man on the African Plains. 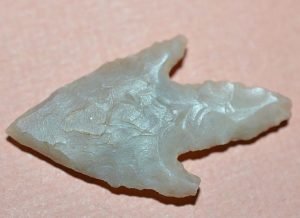 Gradually, a Proto-Human Culture emerged which was characterised mainly by the division of labour between men and women.

This Proto-Culture would be the foundation of the Culture of later Societies on the Continent, and its divisions would become more pronounced with the arrival of Agriculture in the Iron Age.

At this stage, Social organisation was not very rigid and people were not usually organised in groups larger than 50.

They survived by foraging from nature, easing the burden with Stone Tools when these were available for the task…Life was also not based on the accumulation of wealth and tended to be mostly egalitarian.

This type of Society can still be seen in the San of the Kalahari Desert whose Stone Age way of life has been largely preserved.

At this stage it may be useful to point out that Theory of Evolution does not argue that mankind emerged from modern Apes, but rather that we share a common ancestor from which a separate branch of Hominids that evolved into Homo Sapiens emerged.

Although disputed in some instances, the Theory of Evolution provides us with a sound basis for tracing the early origins of all mankind to Africa.

It is from the Hominids of the African Plains that Homo Sapiens emerged, and Hominids then migrated to create the foundations of the Culture of Empire and Kingship that would follow the Iron Age and the introduction of Agriculture around the world.

Agriculture and Iron would transform the entirety of Human History, and its therefore no surprise that it would have a momentous effect on the Culture of the emergent peoples of the African Continent that had barley made it through the Stone Age. 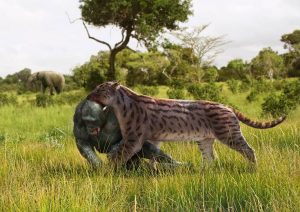 The featured Documentary by Dr Ken Vickery below on the emergence of mankind on the African Plains is highly recommended.

The Africa Series is now available in the archive below:

African Societies Before The Slave Trade And Colonization

The Emergence Of The Bantu People In Africa