Who Were The Anunnaki Ancient Aliens Of Mesopotamia?

Following our last entry on the departure of the Anunnaki, this article is a recap on everything we’ve covered so far. 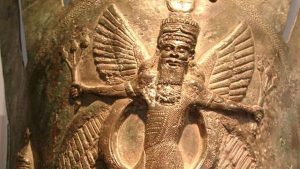 According to Zechariah Sitchin’s Earth Chronicles, the Sumerian Anunnaki Ancient Alien Gods were an Extra-Terrestrial race from the Planet Nibiru also known as Planet X which appears in Sumerian Cylinder Seal VA/243 and they have played an unacknowledged role in the origins of Civilization in Ancient Sumer as well as being responsible for the creation of modern Homo Sapien Man.

Their name is derived from the Sumerian Records and it means children of the Supreme God, Anu on Earth (Ki).

Who Were The Ancestors Of The Anunnaki?

Ancient Sumerian Texts such as the Lost Book Of Enki: Memoirs Of An Extraterrestrial God suggest that the Anunnaki were descended from their Father, Anu or An who was the Supreme Ruler of their Home Planet Nibiru.

Archaeological evidence also suggests that the Ancestors of the Anunnaki Sumerian Civilization can be traced to the early Ubaid Civilization Culture.

What Were The Names Of The Anunnaki Gods?

The Anunnaki Pantheon was made up a Pantheon of 12 Gods under the leadership of the Supreme God Anu.

The Table below from an Anunnaki Temple in Sumer provides a list of the Anunnaki Gods according to Rank which is denoted by number with 60 belonging to Anu as the highest ranking and most important Anunnaki God.

In short, they ranked as follows:

The same Pantheon of Gods under different names spread to other Civilizations, namely, Greece, India and Meso-America amongst many others.

Why Did The Anunnaki Of Sumeria Leave Nibiru And Come To Earth?

According to the Earth Chronicles, the Anunnaki left their Home Planet Nibiru in search of mono-atomic Gold which was needed to repair their deteriorating atmosphere.

When Did The Anunnaki Of Sumeria Come To Earth?

The Anunnaki are supposed to have arrived on Earth approximately 450 000 years ago.

Where Was The First Anunnaki Settlement

The first Anunnaki Settlement was the Base Station at EDIN (Garden Of Eden), with the first Aunnaki City State being established Eridu.

Summary Of Anunnaki Activities And History On Earth

The major Anunnaki activity of the Anunnaki on Earth is the establishment of Civilization which involved Gold-mining operations, establishment of City States in Sumer, Meso-America,the Indus and Nile Valleys, the creation of Man through DNA Engineering, the introduction of Civilization, Religion and Culture, the Pyramid Wars of Supremacy amongst themselves for control of the City States in which Humans first became involved and the concept of Divine Kingship was introduced, the Nuclear destruction of the Sumerian Civilization followed by their eventual departure from Earth after the Anunnaki Nuclear War and the conquest of Babylon by Cyrus The Great.

Where Did The Anunnaki Of Sumeria Mine For Gold?

The first Anunnaki Gold Mining operations were conducted in the waters of Mesopotamia around the settlement at Eridu, however, the quantities proved insufficient and the operations were subsequently moved and eventually extended from the Sinai Peninsula, South America, Indus Valley toÂ  Southern Africa .

In each of these Regions, City States were established centred on worshipping the resident Anunnaki God.

When, Why and How Did The Anunnaki Of Sumeria Create Man?

Mankind was created by the Anunnaki around 400 000 years ago by fusing the DNA of Homo Habilis with Anunnaki DNA to create the first Adama Prototype following the Igigi Rebellion.

The Igigi had previously been tasked to undertake the Gold-mining work, but the labour proved too much and they rebelled on account of their hard toil. The solution that was proposed by the Anunnaki God Enki was to create a genetic hybrid Slave to take over the work of the Igigi.

What Contributions Did The Anunnaki Of Sumeria Make?

The Sumerian Anunnaki Gods are the ‘Elohim’ and ‘Nephilim’ of the Hebrew Bible, and they administered and developed the Earth through a combination of technical prowess in matters such as Building, Astronomy, Construction, Writing and managed the population through a sophisticated system of Propaganda which now forms the basis of modern Religion.

The origins of Civilization and Religion can thus be traced to the Sumerian Anunnaki Gods establishment of Civilization on Earth and the need to create a Control System to administer the entire Project. 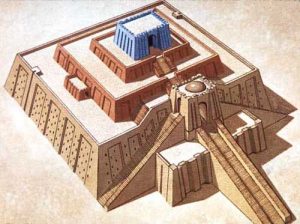 The Major Events In Anunnaki History On Earth

The Anunnaki Of Sumeria & The Great Deluge

The Human population expanded beyond what was desirable to the leader of the Anunnaki expedition, Enlil and when the opportunity to ‘cull’ the Adamu was presented by a Natural Disaster in the form of a natural tidal wave that would cause a Great Flood or Deluge due to Nibiru’s close orbit to the Earth. It was not to be however, as the Chief Scientist of the Sumerian Anunnaki Gods, ENKI who had created the Adamu warned his creation of the coming disaster instructing that an Ark be built against the agreement of the Council of the Anunnaki Gods.

Mankind was thus saved but this caused a further rift between the two Anunnaki factions led by the Chief Anunnaki Princes Enki and Enlil .

The Causes of The Anunnaki Pyramid Wars

The Rivalry between Enki and Enlil can be understood in terms of the Anunnaki rules of Succession.

Prior to their arrival from Nibiru, the Anunnaki followed certain Rules of Succession. In terms of these Rules, the Successor to the King had to be of the purest Blood.

In the case of Enki and Enlil we had a situation where Enki born of Anu’s relationship with a Concubine was initially the official Successor, however, when Anu’s Spouse later bore a Son (Enlil), Enki was replaced as the Official Successor in accordance with the succession rules.

Although Enki was obliged to accept Enlil as Anu’s successor, he would express his frustration by opposing Enlil at every major turn starting with the Igigi Rebellion, Garden of Eden incident and then the Great Deluge (Noah’s Flood).

The Igigi rebellion as stated above occured when the Igigi rebelled. According to Zechariah Sitchin, the Rebellion was part of a plot instigated by Enki to frustrate Enlil and place the Gold-Mining operations under his sole control.

Enki hadÂ  secretly genetically engineered the Adamu to reproduce against the wishes of Enlil and the rest of the Anunnaki Council.

According to Sitchin, Enki did this deliberately in order to hold Enlil and the rest of the Anunnaki to ransom as he would be in charge of the new labour force.

As a result of the underlying succession tensions from Nibiru which continued to play themselves out on Earth, eventually open War broke out between the factions of Enki and Enlil.

These were known as the first and second Anunnaki ‘Pyramid Wars’ fought in Egypt and the Sinai Peninsula.

These Wars eventually led to the culture of War being introduced to Man, the rise of Abraham paving the way for the world’s Monotheistic Religions and Nuclear Holocaust as recorded in the destruction of Sodom and Gommorah resulting in the final destruction of the Sumerian Civilization. 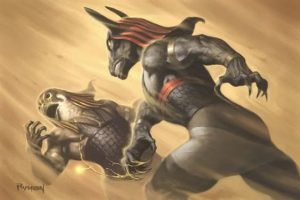 When and Why Did The Anunnaki Leave?

In The End Of Days, Zechariah Sitchin suggests that the Anunnaki left firstly for Mars after the destruction of the Sinai Peninsula Spaceport and the rise of Babylon under Marduk using the Meso-American bases at NAZCA and Teotihuacan.

However, the Enlilites represented by the Moon God, Sin subsequently returned replacing Marduk as the Chief God of Babylon under King Nabonaidus.

The response of Marduk and the Enkiites was to recruit Cyrus the Great who then defeated Nabonaidus and restored Marduk as King of Babylon.

It is from the Persian Empire that the later Empires of Ancient History such as the Hitiites, Romans and Greeks were descended.

Legacy Of The Anunnaki Gods Of Sumeria

The legacy of the Sumerian Anunnaki Gods has found its way into modern Religion, particularly through shortened versions of the Sumerian and later Babylonian TextsÂ  such as the Enuma Elish Creation Epic in the Hebrew Bible.

This in turn has formed the bedrock of the world’s leading Monotheistic Religions, starting with Judaism, followed by Christianity and lastly Islam.

Along the way, the memory of the Sumerian Anunnaki Gods and their Saga on Earth has been forgotten, and here you can dive in and research the subject for yourself using some of our most popular entries.

Whilst Researchers and Academics like Graham Hancock and Dr Heiser dispute the validity of the Ancient Astronaut Theory, attributing its apparent evidence to a Lost Human Civilization, the Ancient Astronaut Theory nevertheless raises important unanswered questions, explaining Human Origins and how Civilization was Socially and Technologically Engineered in Ancient Times in a manner worthy of consideration.