A few years ago, Snoop was the reluctant Poster child for the archetypal Hollywood ‘Bad Boy’. But through a combination of raw guts, and a charming personality, in a career spanning decades, Snoop has kept the world spinning to the sounds of the D.O.G.G.Y. solidifying his place as a Pop Culture icon in the process. 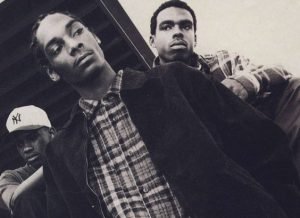 Recently, Hollywood acknowledged Snoop’s iconic status by awarding him a star on Hollywood’s Walk Of Fame, an Honour reserved for Culture’s most revered icons.

From his earliest days as part of the 213 Collective, a triple threat made up future Hip Hop icons Nate Dogg and Warren G, Snoop came to Dre’s attention when Warren G played a 213 tape recording to Dr Dre who was immediately impressed by Snoop’s style and mic presence. Dre immediately arranged a recording session, and initially Snoop didnt believe it was Dre on the other end of the line when he got the call from Dr Dre.

Warren G had to convince him that it really was Dr Dre on the phone for Snoop to take the call seriously and not as a prank.

At the time, Dre was already established and respected through his work at Ruthless Records with NWA …But a feud was brewing between Dre and Eazy-E, the CEO of Ruthless Records.

Eventually Dre would leave Ruthless, and his work with Snoop would prove to be the zenith of his career, firmly setting the path for him to gain the iconic status that has enabled him to execute deals with Apple today.

After monumental guest spots on Dr Dre’s The Chronic, Snoop’s own much anticipated Doggytstyle debut album dropped to critical and commercial acclaim…In addition to its unapologetic use of poetic licence, it was undeniably creative and set the tone for the next decade, and its influence continues today.

Through the efforts of Death Row Attorney Dave Kenner, who was also responsible for getting Tupac released on Bail after he signed with Death Row Records in prison, Snoop was eventually acquitted of Murder but Death Row, the label he’d help build with Dr Dre began disintegrating around him, first with Dre’s departure, followed by Tupac’s murder and eventually the imprisonment of Death Row C.E.O., Suge Knight.

It didnt help that Snoop was also trying to raise a family at the time, so after his 7 year contract with Death Row expired, he signed with Master’P’s Southern Imprint, No Limit Records.

Snoop’s No Limit era provided him with the stability and Artistic space he needed to evolve as an Artist, and the gradual improvement in each of his No Limit releases culminating with Tha Last Meal set Snoop on the path for the collaborations with Pharrel, 50 Cent and Justin Timberlake that have made him a Culture Icon today. 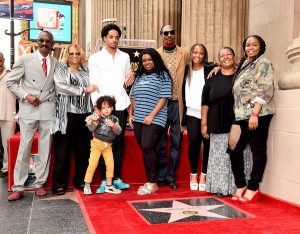 Snoop hasn’t gone all soft though, and in this clip he comments on the current status of Rap.

In the final analysis, Snoop has overcome many hurdles to become the transcendent inspiring force he is in Culture today.

Check out the Snoop Playlist below, and hope you’ve enjoyed our belated return to the world of music.

You can also check out our earlier take on AKA and Kiddominant’s ‘Fela In Versace’ here.

The newly formed Pan-African Facebook GroupÂ  focusing on African issues is now here…See you there.

Under The Sun Afrofuturist Comic Review