History Of The Songhai Empire

The Songhai Empire was the last and largest of the three main West African Pre-Colonial Empires.Â 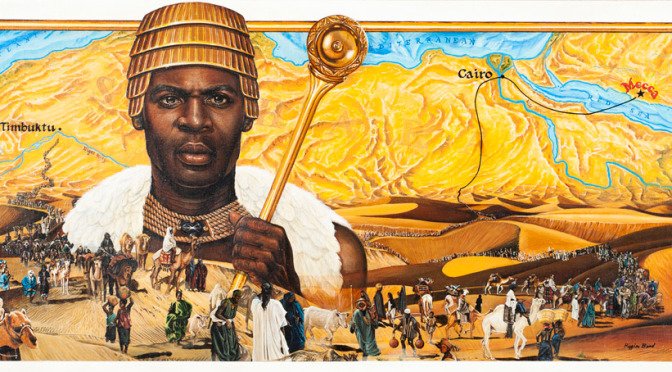 Regarded as one of the best Civil Administrators in History, Sunni Ali Ber, is considered the first great ruler of the Songhai, and under him, theÂ  Empire continued to expand into the Sahara.

A succession dispute however occurred after Sunni Ali Berâ€™s death in 1492, which saw the rise of the Muslim Ruler Muhammad Toure after he usurped the Throne from Sunni Ali Ber’s son.

Nevertheless, various Songhai Emperors sought to recreate old Songhai but failed until finally the empire wasÂ  conquered and colonised by the French in 1901 marking the end of an era.

Peep the Dr. John Henrik Clarke’s ‘Empire of Songhai’ video Lecture, a real gem which takes you deep into the origins, rise and fall of the Songhai. I appreciated his exposition on the essence of Pre-Colonial African Spirituality, Culture and Society as background to the founding of the Empire.

Also take some time out to check out our Pinterest â€˜Ancient Worldâ€™ Board and Instagram for more images of the mighty Songhai Empire and other great Civilizations.