Home » Alternative History » The Bible, Genesis And The Creation Of Man By The Anunnaki Ancient Aliens

The Bible, Genesis And The Creation Of Man By The Anunnaki Ancient Aliens

The Bible, Genesis And Creation Of Man By The Anunnaki Ancient Aliens

The story of our creation is one of the foundational myths of Civilization…There have been many sources for this story over the course of Human History, and in this entry we explore the suggestion made in Zechariah Sitchin’s Earth Chronicles that the story in Genesis in the Bible is actually about the creation of man by the Anunnaki Ancient Aliens Of Mesopotamia.

In the 12th Planet, Genesis Revisited and The Lost Book Of Enki, Sitchin provides us with the earliest rendition of the Genesis Biblical story of our creation as contained in Sumerian Cuneiform Texts, the earliest writing known to mankind. 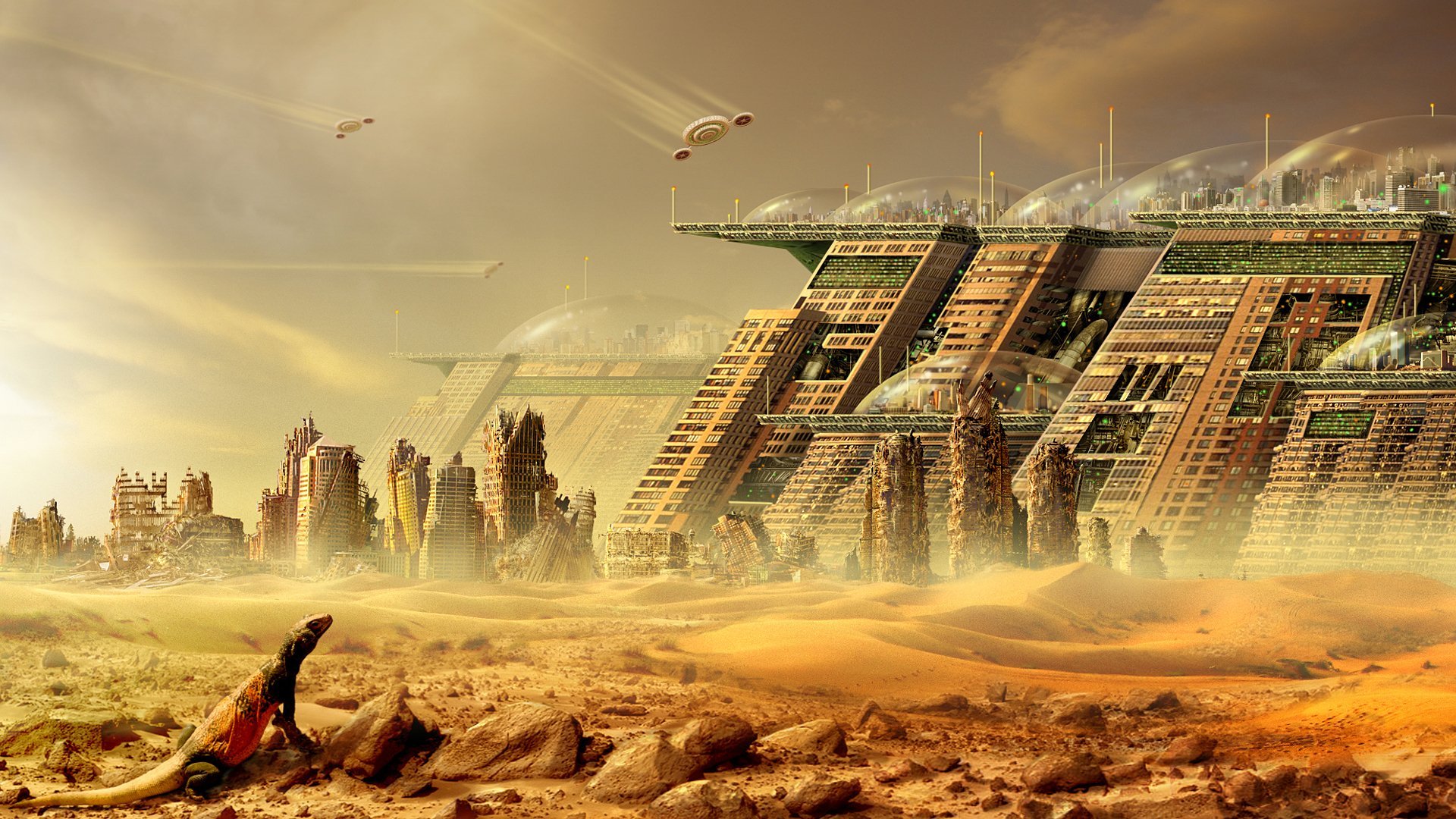 The First Landing & Establishment Of E.DIN Base Station By The Anunnaki Ancient Aliend

Sitchin suggests that the Sumerian records reveal that around 445,000 BC a total of 50 Anunnaki Ancient Alien Astronauts landed in the area that would later become known as Mesopotamia in search of Gold.

The Anunnaki had ventured from their own Planet to Earth (Ki) because the atmosphere on their Planet Nibiru had deteriorated.

The first Gold extraction project was thus set up on the shores of Mesopotamia according to Sitchin’s Genesis Revisited.

A total period of six days was spent on constructing the new settlement in the region between the Tigris and Euphrates.

The seventh day was then declared a day of rest by the leader, Enki.

Due to the fact that Earth Station 1 was the first Anunnaki settlement, in Genesis Revisited, Sitchin contends that it is probably the location of the Biblical Garden of Eden.

After some time, it was discovered that the amount of Gold in the Ocean surrounding Edin was not adequate, and so the gold-mining operation was moved to Africa where huge gold deposits existed and still exist to this day.

Enki was put in charge of the African operations, and his Half-Brother Enlil was subsequently dispatched from Nibiru, and given command of Earth Station 1 station by the Anunnaki Home leadership. 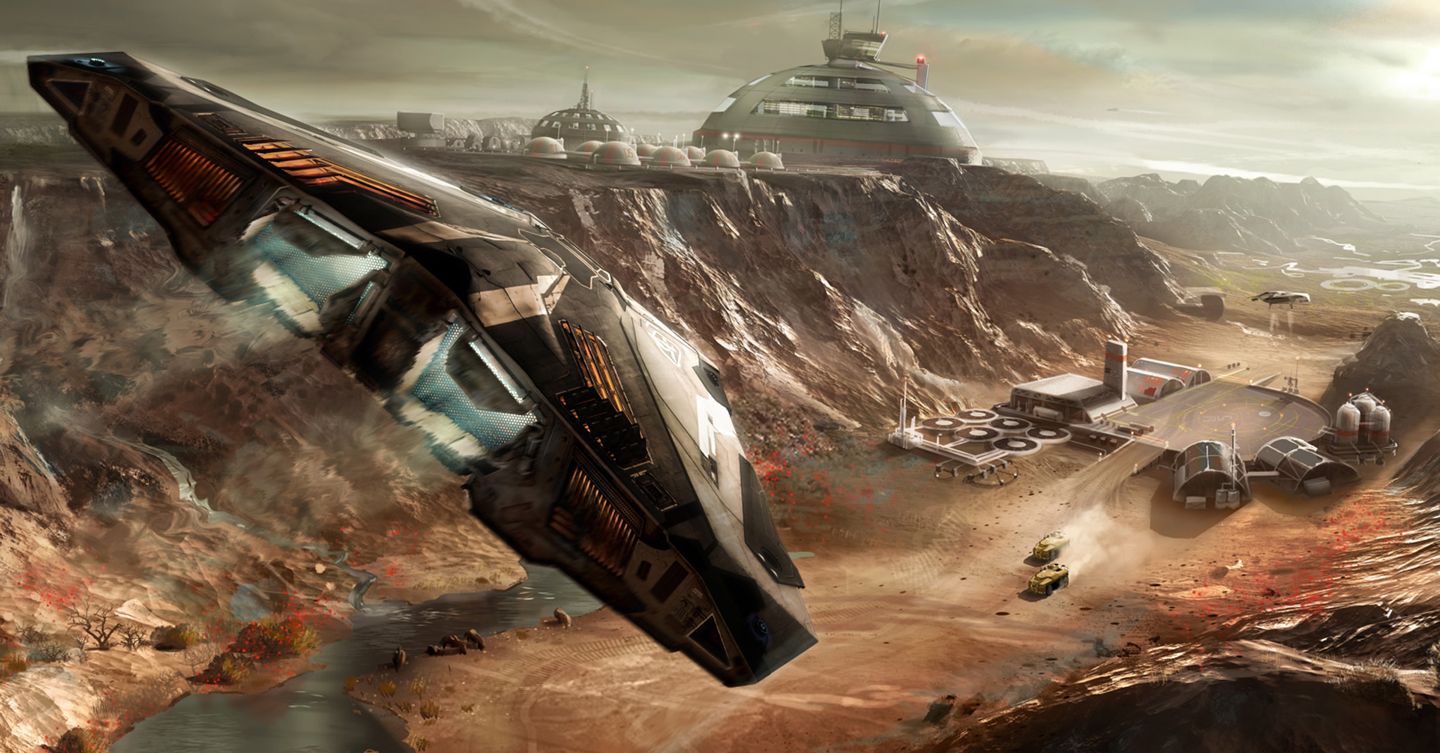 In order to assist with the gold-mining project, the Anunnaki were initially served by the Igigi until they revolted after years of hard labour, forcing the Anunnaki to find an alternative labour source.

Genesis Revisited recounts a lengthy and contentious debate in the Anunnaki Council Of The Gods, where it was eventually decided following a suggestion by Enki, that the Igigi be replaced by the creation of a ‘Primitive Worker’ obtained by combining Anunnaki DNA with the DNA of the most advanced primate on Planet Earth at that time, probably Homo Habilis, approximately 440,000 years ago. 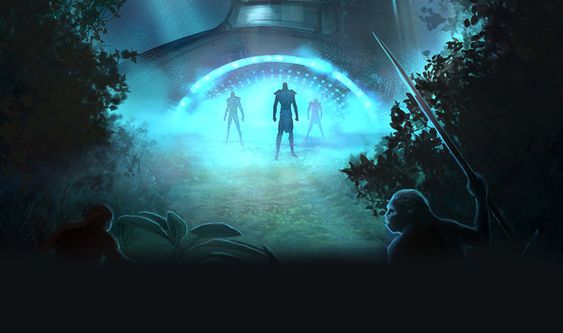 The project was headed by Enki and Ninhursag, who was in charge of the Medical Laboratory. Experiments were initially unsuccessful,Â  until the ‘Adama’ prototype was born in the Genetics Lab using surrogate Anunnaki Wombs. 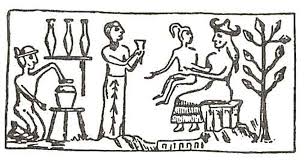 The Adama was a sterile hybrid however. Eventually, the other Anunnaki stationed across the different Base stations started demanding Adama prototypes of their own to assist with their tasks, and Enki struggled to supply this demand. Enlil took some by force, placing them in the Garden of Earth Station 1 to look after it.

According to Zechariah Sitchin, this is what is meant in Genesis when it reads: “And the Lord took Adam, and He placed him in the Garden in Eden, to till it and tend it”.

Despite the fact that the Anunnaki demand for the Adama Primitive Worker was high and could not be filled, Enlil prohibited Enki from conducting any more Genetic experiments that would enable the Adama to reproduce outside the controlled environment of the Anunnaki Genetic Labs…Enki pretended to agree but he secretly carried on with his DNA Experiments.


According to Genesis Revisited, while studying the Adama he had created, EN.KI observed two females bathing in a river and he soon slept with both of them. In time they gave birth to one child each, one male and one female.

Enki’s children were named them ADAPA and TI.TI, who would later be known as Adam and Eve.

The unique thing about ADAPA / ADAM and TI.TI / EVE was that they, despite being cross-bred of Enki and human, they were capable of reproducing on their own.

Enki then took his offspring to Enlil’s Earth Station 1 as they were highly intelligent, and represented the best results achieved by the Anunnaki Genetics project.

Nevertheless, there was one problem that Enki could not solve…i.e. Despite being able to procreate, he could not achieve a long life-span for the Adama and thereby enabling the Adama to live for as long as the Anunnaki themselves i.e. the Adama could not have the ‘Immortality’ or Longevity enjoyed by the Gods.

Why Adam and Eve Were Expelled From The Garden of Eden (E.DIN) By The Anunnaki Ancient Aliens

In Sumerian Iconography, Enki is represented by the symbol of the Serpent, and the original Sumerian story of Adam and Eve appears to be the story of Enki’s children ADAPA and TITI being brought into self-realisation of their intelligence and ability to reproduce by their Father, Enki (the Serpent) i.e. ‘Eating from the Tree Of Knowledge’. 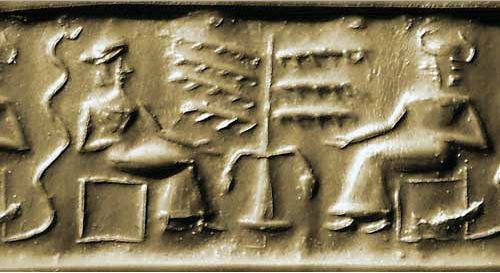 Before Enki found a way to give them a lifespan as long as that of the Anunnaki themselves i.e. eating from the ‘Tree Of Life’ , they were cast out of Edin Base Station by Enlil because he was against allowing the Adama to procreate as he felt that their numbers should always be kept in control to prevent overpopulation.

Thus the story of original sin as told in Genesis appears to have a completely different dimension in the Ancient Sumerian writings.

The difference of opinion between Enki and Enlil over the role of the Primitive Worker in the Anunnaki Project eventually ignited a Factional Anunnaki War.

All in all, Genesis Revisited provides us with the Sumerian version of the fall of man.

Conclusion: The Genesis Bible Story According To The Sumerian Anunnaki Ancient AlienTexts


The picture that emerges from the story of Adam and Eve from the Sumerian records as recounted in Zechariah Sitchin’s, Genesis Revisited, is that the Genesis Story is not about a literal conversation conducted by a man, woman and a ‘talking Snake’.

From the Earth Chronicles, it becomes apparent that in Genesis lie the fragments of a longer story with roots in Ancient Sumeria revealing to us why Human beings do not have eternal life, and how we came into the Knowledge and Experience of Self-Consciousness as well as the ability to reproduce.

It is our acquisition of the ability to reproduce through the unauthorised efforts of an Anunnaki Scientist-God that threatened to upset the delicate stability of the Anunnaki Earth Gold-Mining project according to Enlil.

For this reason, Adam and Eve were cast out of the Garden of Eden (E.DIN Base Station) by Enlil to fend for themselves outside the protection and safety of the Anunnaki Base Stations they had worked, and which also looked after them including providing food, shelter and medical care so they could continue to assist the Anunnaki in their role as replacements for the Igigi.

As outcasts, ADAPA and TITI had to learn for the first time to fend for themselves and their off-spring without Anunnaki help…This is what is usually described as the “wages of original sin” as mankind is supposed to have received judgment and banished from Paradise as an explanation of the human condition.

In the Sumerian records as well as Genesis, ADAPA and TITI leave the Garden with ‘Knowing’, but Longevity remains with the Gods, who restricted Mankind’s access to the Tree of Life (Longevity) by preventing any further Genetic experiments that would eventually extend the life-span of the Gods to Mankind:

‘So He drove out Adam…And he placed at the East Of The Garden Of Eden the Cherubim, and the Flaming Sword which revolveth to guard the was to the Tree Of Life’

Since the Publication of the Earth Chronicles many other books and documentaries with different opinions on the Anunnaki continue to be released.

In Realm Of The Elohim, our own E-Book based on Zechariah Sitchin’s Lost Book of Enki, an effort was made to provide accessible and digestible information on the Ancient Astronaut Theory and the activities of the Anunnaki from the landing on Earth, the setting up of the first Base station at Edin, the creation of man, great deluge and the Nuclear destruction of Sumer up to the rise of Babylon under Marduk.

Due to the ongoing debate and interest on the topic especially online, a list of online references and Documentaries is also included for further individual research and exploration.

The Genesis enigma is explored in the featured documentary courtesy of the Ancient Astronaut Archive.