The Anunnaki Chronicles continue as we explore the History and Secrets of the Ancient Alien Anunnaki Divine Kingship in the Ancient world.

With the arrival of Constitutional Democracy in modern times, the Priesthood is regarded purely as a Religious institution. This has not always been the case however, as we shall see, the Priesthood in Ancient times was a sophisticated institution that served primarily a Political function in which a secret knowledge of the Sumerian Ancient Alien Anunnaki Priesthood existed.

In The Wars Of Gods and Men, Zechariah Sitchin’s Earth Chronicles provides us with a window into the origins of Divine Kingship and the Ancient Alien Anunaki Sumerian Priesthood of the Ancient World.


The concept of Divine Kingship and the secret knowledge of the Sumerian Anunnaki Priesthood can be traced to Ancient Mesopotamia beginning with Naram-Sin of Akkad who was the first Sumerian King to be declared divine. 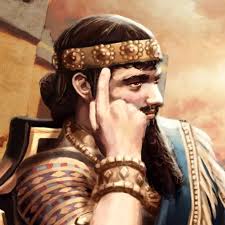 Subsequent Kings like Shulgi of Ur and Hammurabi of Babylon also continued the tradition of Divine Kingship.

Such an understanding of the Divine Origins of Kingship is consistent with Ancient Sumerian Texts such as the Lost Book Of Enki, which record that following the Great Flood/Deluge, Royal Cities in which sacred Temples dedicated to the Gods were erected.

The Role Of The Sumerian Priesthood In Sumerian Divine Kingship


Ancient King-Priests ensured observance of the Rituals of the Anunnaki God in charge of their particular City or Region. As such, King-Priests were Mediators between the physically resident Anunnaki ‘God’ and the people over whom that God had dominion. It is in this role as intermediary that the Priesthood began and eventually evolved into a separate and distinct Social class.

Its from such unions that Demi-Gods like Gilgamesh were born, and these Demi-Gods were initially the only ones who could qualify as Kings in all the Anunnaki realms .

The King-Priests were also entrusted with the secrets of Civilization by the Anunnaki.

Zechariah Sitchin’s ‘Earth Chronicles’ series details some of the secret knowledge of the Anunnaki Priesthood, which includes:

i) The Ranking Of The Anunnaki Gods according to number and importance…In short, Anu, the leader of the Anunnaki on the Home Planet Nibiru occupied the highest rank of 60, followed by his Wife Antu at 55, Enlil at 50 and Enki at 40.

ii) The Anunnaki divided Time into Earthly Time, Celestial Time and Divine Time in accordance with their advanced Astronomical skills and observations.

Earthly Time was measured according to the Earthâ€™s Solar orbit divided into 365 days and 12 Months or Lunar Cycles.

Celestial Time on the other hand, related to the cycle of movement of the 12 Star Constellations (Zodiac Signs/Houses) observable from the Earth, and also known as the â€˜Precession Of The Equinoxesâ€™.

The Precessionary cycle is measured in â€˜monthsâ€™ named according to the Constellation aka Zodiac House/Sign visible from Earth. The cycle spans a period of (approximately) 25,920 years, over which time the Constellations appear to slowly rotate around the Earth.

Special Ancient Observatories were constructed specifically for making Celestial and Astronomical observations which would in turn determine, the particular God to be worshiped and Calendar of Rituals to be kept.

All in all, the Sumerian Anunnaki Priesthood was the custodian of the entire body of knowledge used to construct the Earth Civilization. This knowledge also included a lot of what may be considered Esoteric today such as the use of Vibrational Frequencies and the creation of False Matrix/Virtual Reality simulations for the purposes of Mass Social Control.

For more in-depth detail on the Esoteric aspect of this Priestly knowledge, I would recommend Sevan Bomar’s documentary below which goes into depth on the Ancient Anunnaki Priesthood’s Esoteric knowledge.


The Priesthood is Historically both a Political and Religious institution meant to mediate effectively between Mankind and his Anunnaki Ancient Astronaut Rulers. In reality, despite the arrival of Constitutional Democracy in our era, the Priesthood has evolved into what appears to be a purely Theological role.

In When Time Began, Sitchin’s Earth Chronicles, takes us beyond the Temple veil to reveal the origins and inner workings of the Ancient Sumerian Anunnaki Priesthood.

Also check out our in depth Earth Chronicles Archive for more details and information on the complete History, origins and development of the Anunnaki Civilization from the landing and establishment of Earth Station 1 in Mesopotamia to their departure after the conquest of Babylon by Cyrus The Great.