Cyberpunk is a sub-genre of science fiction that features advanced science and technology in an urban, dystopian future.

On one side you have powerful mega-corporations and private security forces, and on the other you have the dark and gritty underworld of illegal trade, gangs, drugs, and vice.

It emerged in the 80s and is considered to have been crystallised following the popularity of William Gibson’s, ‘Neuromancer’, considered by some to be the  precursor and inspiration for the ‘Matrix’ Trilogy.

Briefly, its about the Central Character’s outlaw Hacker experiences in a ‘Collective Virtual Reality Hallucination’ called the Matrix which is accessed by plugging the Brain into Cyberspace…The story is set in a Dystopian High Technology Earth Civilization controlled by big Corporations.

What also makes ‘Neuromancer’ unique is that at the time it was written the Internet was a far cry from where it is now, but that didnt stop Gibson from coining the term ‘Cyberspace’ even though he didnt own a Computer at the time he wrote his groundbreaking Novel which subsequently won numerous awards and has since acquired Cult status. 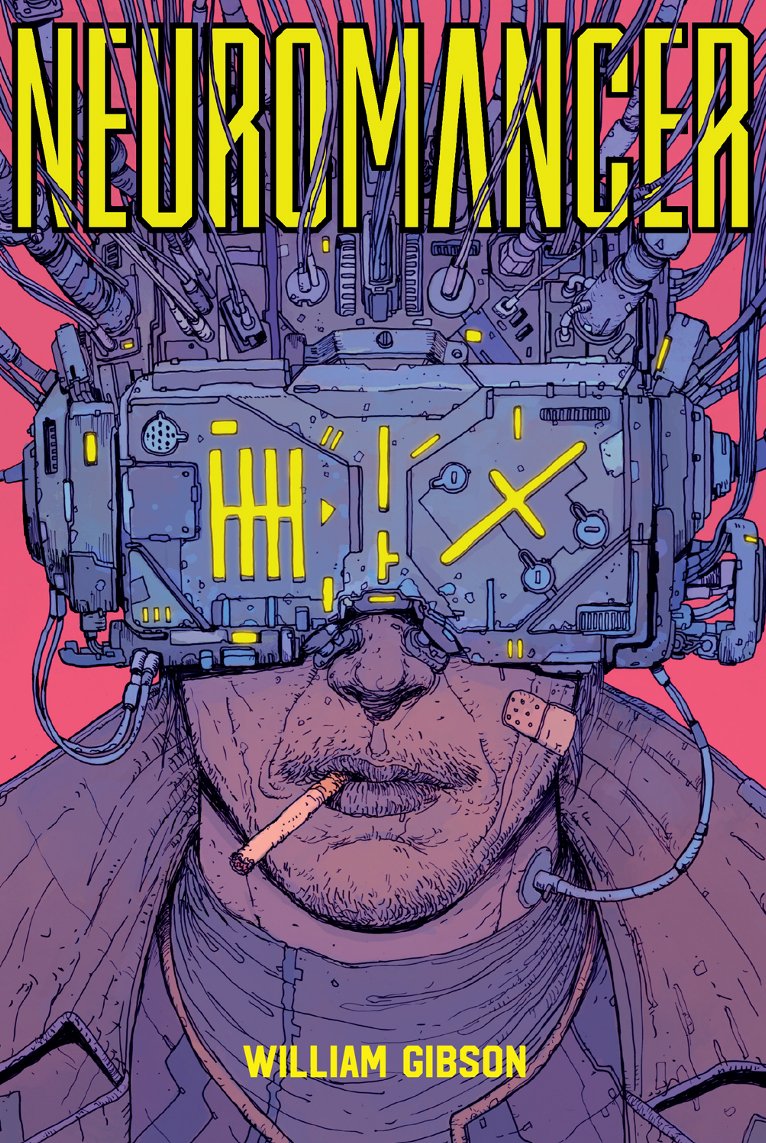 Afrofuturism is the re-imagining of a future filled with arts, science and technology seen through a black lens. The term was conceived a quarter-century ago by white author Mark Dery in his essay Black to the Future which looks at speculative fiction within the African diaspora.

The essay rests on a series of interviews with Black content creators.

However, a narrative that simply features a Black character in a futuristic world is not enough. To be Afrofuturism, it must be rooted in and unapologetically celebrate the uniqueness and innovation of Black culture.

Afrofuturism And Cyberpunk are certainly related but differ on certain aspects of the aesthetic.

Also showing the difference between Afrofuturism Art and Cyberpunk is that an Afrofuturist narrative does not have to occur within a fictional Dystopian setting…This is perhaps because Afrofuturism is aspirational in character, and from this perspective, it can be seen as an exercise in constructing Black Utopia.

Nevertheless, the aspirational quality of Afrofuturism does not in itself limit the use of fictional Dystopian settings in Afrofuturism narratives where this is appropriate for the story being told which underscores the underlying relationship between Afrofuturism Art and Cyberpunk.

For more on the evolution of Cyberpunk, check out the classic 90s BBC Documentary below made at a time the Cyberpunk wave was gathering momentum on the back of Gibson’s ‘Neuromancer’…Lots of great Gibson interview footage.