The Ancient Alien Technology Of Wakanda

The advanced Ancient Alien Technology of Wakanda shown in Black Panther can be understood if we consider the broader Human Origins and Civilization debate.

The advanced Ancient Alien Technology Of Wakanda and the Ancient world including Africa is not futuristic Science Fiction. It is a Historical phenomenon that can be observed around the world from Egypt’s Giza Pyramid Complex to the Inca and Maya Civilizations in South America.

It is quite possibly a Historical fact if we consider the implications of Zechariah Sitchin’s Ancient Astronaut Theory as it appears in the ‘Earth Chronicles’ series.

â€œIn the Abzu Enkiâ€™s plans was conceiving where to build his house, where for the heroes dwellings to prepare, where the bowels of the earth to enter…

â€œThe earth there a gash to make, by way of tunnels, earths innards to reach, the golden veins to uncoverâ€¦â€

(Extract From The Sumerian Tablets)

The advanced Ancient Alien Technology Of Wakanda is therefore possible according to the Sumerian Tablets, if we consider that the Sumerian God Enki conducted extensive gold mining operations in Southern Africa. Evidence of extraction flotation tanks for the processing of gold, some of them using as much as 1.78 grams per ton of gold has been discovered revealing details of an extensive technical mining operation in Ancient Africa.

This provides a basis for the advanced Ancient Alien Technology Of Wakanda as the result of knowledge obtained from interactions and contact with the Anunnaki spanning thousands of years. 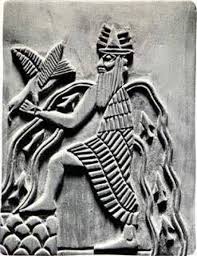 Connecting The Ancient Cities Of The Gods

It has been postulated that the Stone Ruins all over Southern Africa including those at Great Zimbabwe were actually ‘houses’ or base stations for Enkiâ€™s Gold mining operations. Connections are thus being made to Africa’s Ancient Stone Ruins to the other Anunnaki Civilizations like Ancient Egypt spread across the world.

For instance, the glaring similarity between the Ancient Zimbabwe Bird Symbol and that of the Egyptian God Horus in the image below provides clues to Southern Africa’s links to a technologically advanced Ancient Astronaut Alien Civilization that existed in the past. 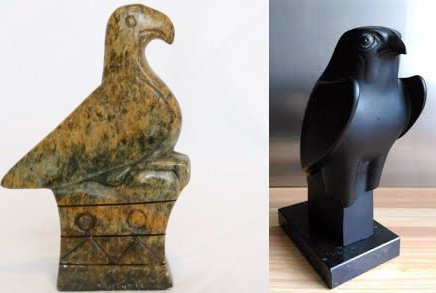 For more on the advanced Ancient Alien Technology of Wakanda, you can read Sitchin’s ‘Earth Chronicles’ from the Plaedian Library Link in the recently created ‘Timbuktu Portal’ Page.

Before checking out, visit the new Timbuktu Portal Page with links to Jobs, Start-Up opportunities, Scholarships and Fellowships.

You can also immerse yourself in our Library of E-Books and Metaphysical knowledge which will take you into the deepest realms of knowledge from the furthest reaches of our Galaxy and the most Ancient Civilizations.

The ‘Human Origins’ Playlist of our YouTube Channel also has documentaries on this topic. Michael Tellinger’s ‘Human Origins’ is particularly good at summing up the evidence and arguments in relation to Southern Africa’s role in the Ancient Alien Saga. Graham Hancock’s ‘Fingerprints Of The Gods’ is also highly recommended.

The Portal will be updated regularly with new opportunities, information and downloads.

In celebrating a technologically advanced African Kingdom, Black Panther is not enaging in an exercise in mythology. Its unearthing not only Africa’s unacknowledged past but that of all Ancient Civilizations around the world.

Pop-Culture commentators should therefore not assign a ‘mythical’ character to Wakanda because viewing it as Science fiction unfortunately re-inforces an outmoded Historical paradigm that we may very well need to transcend.

The debate continues to rage, and it is quite possible that we are at the doors of a Paradigm shift regarding the existence of technologically advanced Ancient Civilizations around the world, including Africa as represented by Wakanda in Black Panther.

As always, when it comes to Ancient Astronauts and the Anunnaki Alien Civilization, we always recommend that you familiarise yourself with Zechariah Sitchin’s books and research which believe to be correct if you have not done so already.